Fiber lasers are a sub-category of diode pumped solid state lasers which utilize a doped optical fiber core as their amplification medium. Rare earth doping elements from the lanthanide family of the periodic table, such as ytterbium and erbium, are commonly used to dope the fiber core. For a tutorial to learn design principles and the key components used to build a fiber laser, please visit our Fiber Laser Basics and Design Principles Tutorial »


In general, manufacturers tend to focus on a very specific segment of the fiber laser market. They also tend to specialize in either CW fiber lasers or fast pulsing lasers. Ultra-fast lasers run in a narrow pulse width (ie femtosecond width) pulsing mode. The classification “ultra-fast” is subjective. It has no real definition in terms of the exact pulse speed or repetition rate. It can include nanosecond lasers, femtosecond lasers and picosecond fiber lasers ». The extraordinary growth of the fiber laser market and the success of leading manufacturers such as IPG Photonics and Rofin has been well documented over the past 15 years. The past several years have seen tremendous growth in manufacturers emerging from China. Fiber lasers from companies such as SPI and IPG have been replacing gas lasers and rod lasers in industrial applications for several decades.

WHAT'S THE DIFFERENCE BETWEEN A FIBER LASER AND A CO2 LASER?

Fiber lasers offer better electrical efficiency, higher reliability and higher stability when compared to CO2 lasers. They also offer a smaller physical footprint and are better suited to long term use in the harsh conditions present in industrial manufacturing facilities. A large part of their higher reliability stems from the fact that, unlike CO2 lasers, they don’t incorporate mirrors or moving parts. Their increased reliability translates to a lower operating cost and lower cost of ownership than CO2 lasers. In terms of their electrical efficiency, they are approximately twice as electrically efficient as a traditional CO2 laser. Because of this high energy conversion efficiency, as well as a resonator which is made up of small fiber and small optical components, the fiber laser has a much smaller heat dissipation profile. It can therefore be offered in a smaller chassis than other competing high power laser types. Furthermore, fiber laser technology typically allows the use of forced air for cooling. This eliminates the need for water chiller based cooling. 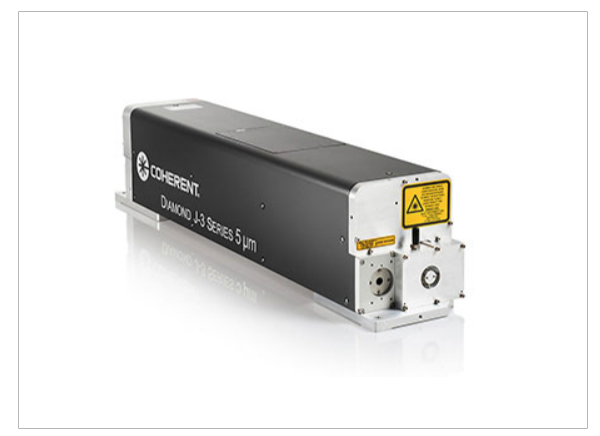 WHAT OTHER TYPES OF LASERS COMPETE WITH FIBER LASERS?

There are basically four different high power laser types which overlap and compete with fiber lasers for many of the same end-use applications. Of course, each has specific attributes which may make them better for a particular application. Multiple semiconductor laser diode chips are now being packaged with multiple single emitters incorporated into a single fiber coupled package. These are referred to as multi-emitters. These high power multi-emitter devices can then be combined to reach very high power levels which are increasingly competing with fiber lasers. These are generally referred to as direct-diode lasers. They are now available from many suppliers in the 100’s of watts and kilowatt power ranges. Also, gas lasers are used in many of the same end-use applications. They are typically helium-neon or the CO2 lasers mentioned above. Finally, crystal lasers compete with fiber lasers. These are primarily Nd:YAG lasers. An Nd:YAG lasers uses a neodymium-doped yttrium aluminum garnet as the lasing medium. The crystal is pumped with semiconductor laser diodes to stimulate the emission in a similar fashion as the fiber being pumped in a fiber laser. The beam quality of Nd:YAG lasers typically deteriorates at powers in the range of hundreds of watts due to heating effects on the internal optics. A major advantage of the fiber laser is that is does not suffer from this phenomenon and maintains its beam quality at much higher power levels. 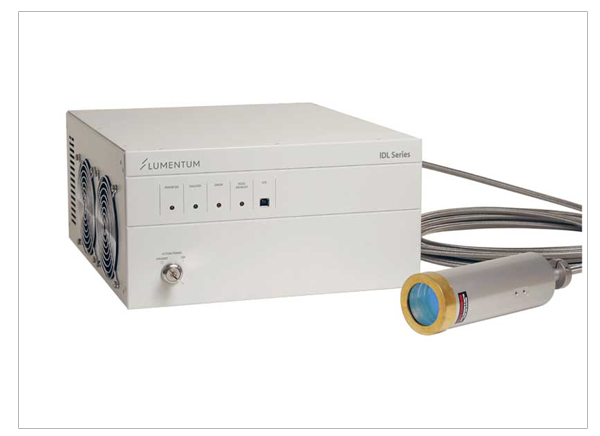 WHAT ARE THE AVAILABLE FIBER LASER WAVELENGTHS? 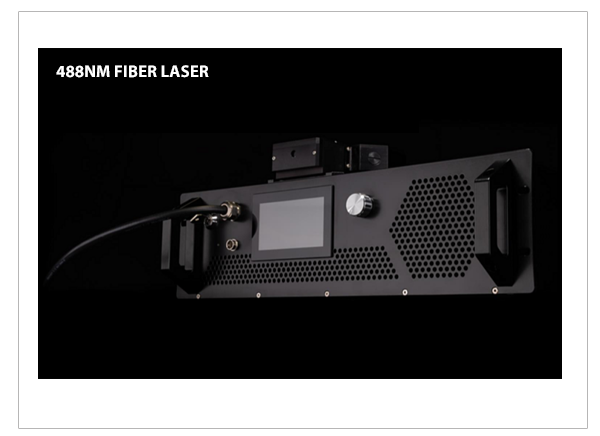 Fiber lasers are used in a rapidly expanding set of applications in and around the materials cutting, micro-materials processing, welding, and materials marking industries. They are used in fiber laser cutting machines by subcontractors in many different manufacturing applications. Their high level of laser irradiance on the material sample being processed allows the processing steps being done by the laser machine to be done extremely quickly and with unrivaled precision. Also, because the output is fiber coupled, it can be attached to an industrial machine arm system for delivery directly to the desired material sample processing location.

CW is an acronym for continuous wave. CW fiber lasers are used primarily for macroscopic material processing. Fiber lasers are offered as CW, Quasi-CW (QCW: slow pulsing in the kHz range) or ultra-fast. The term ultra-fast typically refers to lasers that offer a pulsed output in the nanosecond, femtosecond or picosecond pulse width range. All fiber lasers that are not operated in a QCW or ultra-fast pulsed mode are defined as CW fiber lasers. These lasers are also classified as either CW or linearly polarized CW. The primary methods for increasing the output power of a CW fiber laser are to utilize higher power pump sources which have a lower numerical aperture. They are offered at output powers from 1 watt up to killowatts. An example of an end-use application for CW fiber laser is cutting the housing for a mobile phone. For a more detailed definition of a fiber laser, visit Fiber Laser Basics and Design Principles Tutorial »

WHAT IS AN ULTRA-SHORT PULSE / ULTRA-FAST FIBER LASER?

Ultra-fast, also referred to as ultra-short pulse, fiber lasers are typically include picosecond and femtosecond pulsing lasers. This classification can also include nanosecond fiber lasers ». These pulsing lasers are used for micro processing and high precision surface processing applications. They offer a higher peak laser powers than CW lasers or QCW lasers and essentially evaporate the material being treated by instantaneously heating the material. For example, femtosecond lasers can be used to cut the extremely hard glass used on a mobile phone screen. This class of laser is typically characterized by the shortest light pulse (ie femtosecond), the energy of a single output pulse. They typically employ a master oscillator power amplifier configuration. In this configuration, the pulsed laser light is generated by a master oscillator and is then amplified by a power amplifier to give a high power pulse laser output. The oscillator stage often uses a “seed” laser diode which can be directly pulsed at a high modulation rate. An example of a “seed” laser diode is a 1064nm grating stabilized 500mW which is offered in a fiber coupled package. There are also a wide array of Q-switched pulsed fiber lasers that offer very high pulse energy. They are widely used in drilling, marking, and engraving on non-metal and high reflection metals such as silver, gold, aluminum and stainless steel.

HOW MUCH DOES A FEMTOSECOND FIBER LASER COST?

Femtosecond Lasers, like all lasers, whether they are fiber lasers or another technology will vary widely in price based a few key parameters. They will vary in price based on output power, wavelength, beam quality, pulse rep rate and several other factors. And as with most of the high performance laser products in the photonics industry, simply getting a price quote for a femtosecond laser will most likely take multiple attempts. The price of a Femtosecond Lasers ranges from around $10,000.00 up to $250,000.00. For example, a 1550nm pulsed fiber laser with 1W peak power and pulse widths in the range of 100 femtoseconds can be purchased for around $25,000. A 1030nm fiber laser with a 500 femtosecond pulse width, a 40 micro-joule per pulse energy, and a 1 MHz rep rate can cost between $125,000.00 and $175,000.00. You can view all femtosecond fiber lasers » to see a list of commerically available lasers and request pricing by model / manufacturer. 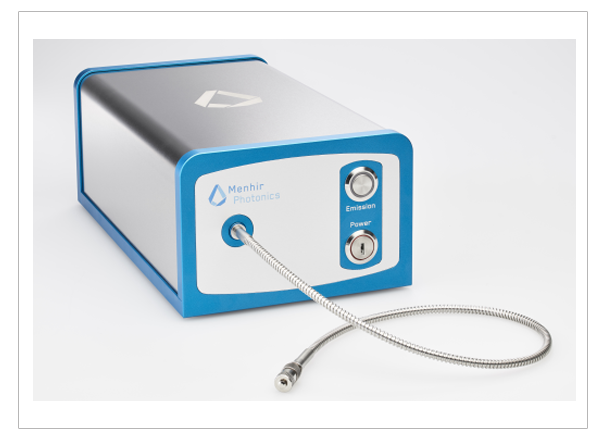